Sen. Elizabeth Warren launched a fresh attack against “insider Washington” as the enemy of naturally progressive American values as she received the Campaign for America’s Future’s Progressive Champion Award at its awards gala Tuesday night.

The Massachusetts Democrat used her acceptance speech to call out “the naysayers … the lobbyists … the pundits … the well-greased politicians and the oh-so-important experts who write off our values as being too liberal, too unrealistic and just not mainstream.”

“They have spent millions of hours and billions of dollars to help build a fortress, and that fortress is named ‘insider Washington,” she said.

These were the people, she said, who “cowered in front of” the National Rifle Association when the mass shooting at a Oregon community college earlier this month reignited calls for stricter gun control laws, or who bent to the will of Wall Street titans and ignored “the calls of Wall Street bankers who broke the law to be jailed” after their actions caused the devastation of the 2008 financial meltdown.

“This would be good chance tonight to remind insider Washington, you are wrong,” she said. “America is a progressive country. Insider Washington does not represent America.”

“This is about all of us working together, deciding to stand up and fight for our values, for who we are as people, for the kind of future we would be proud to build,” she said in closing. 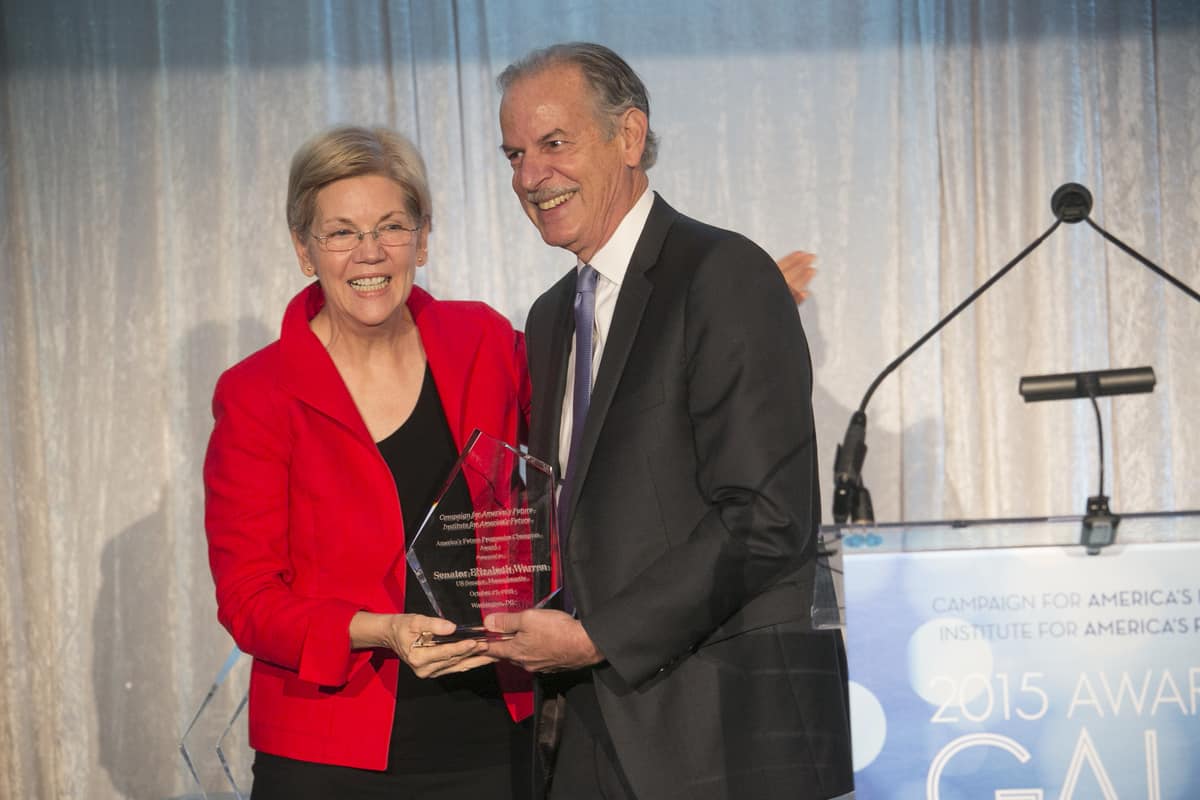 Robert Borosage, co-director of the Campaign for America’s Future, noted that even though she has only been in the Senate two years, “there is a wing of the Democratic Party named after her.” He noted that Warren, in addition to her groundbreaking work in helping to create the Consumer Financial Protection Bureau, “sets the pace in area after area. Expand Social Security, don’t cut it. Why can’t students borrow at the same rate banks do, and make college affordable for everybody? Make the investments we need to rebuild America; that’s how we built a broad middle class after World War II, and we can do it again.”

“She is one of our leading advocates, and the Warren wing of the Democratic Party is driving the national debate,” Borosage said.

Videos and photos from the Awards Gala will be posted at Gala.OurFuture.org