The millions who gathered in Washington and around the country for the historic Women’s March, one day after Donald Trump’s inauguration, made an indisputable statement: Trump may have won the presidency, but he did not win a mandate to govern. 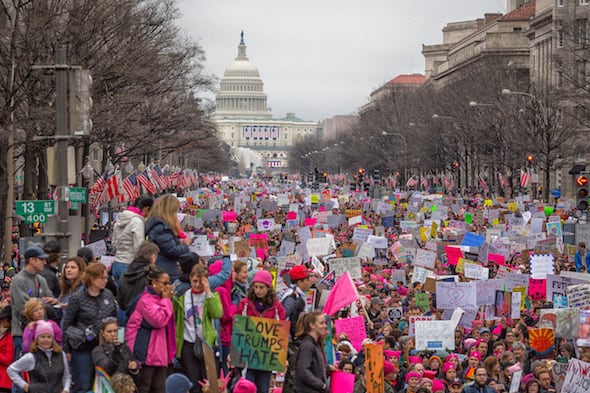 The chants of resistance that rang out in January have since grown into thunder. But they leave a critical question unanswered: Will crowds evolve into a movement that produces leaders with a mandate to govern with a progressive, grassroots-based agenda?

We are beginning to see evidence that the answer will be a resounding “yes.”

It is no coincidence that the Republican majority in Congress is in such a sorry state. GOP lawmakers entered the summer legislative recess with tails tucked between their legs, unable to ram through the repeal of the Affordable Care Act they had so ravenously campaigned on for years as their top priority, and which Trump touted as an easy win as he assumed the presidency.

Remember that October 2016 rally in which Trump promised “immediately repealing and replacing the disaster known as Obamacare” and went on to say, “You’re going to have such great health care, at a tiny fraction of the cost – and it’s going to be so easy”?

Trump’s “easy” political victory was thwarted by ordinary people, and a determined mass movement that recognized what was at stake: millions of lives. They were brought together by old-school political organizing, with 21st-century online tools serving as the catalyst.

Advocacy groups like People’s Action and MoveOn joined with progressive labor groups like the Service Employees Union and National Nurses United, with the support of umbrella organizations like Health Care for America Now.

Millions of people stood up and demanded that their voices be heard. They held lawmakers to account every step of the way, from Town Halls to Congress, where they called, staged sit-ins and were arrested.

The failure thus far of Republican efforts to repeal health care is particularly noteworthy because of how spectacularly it has backfired for ideological conservatives. 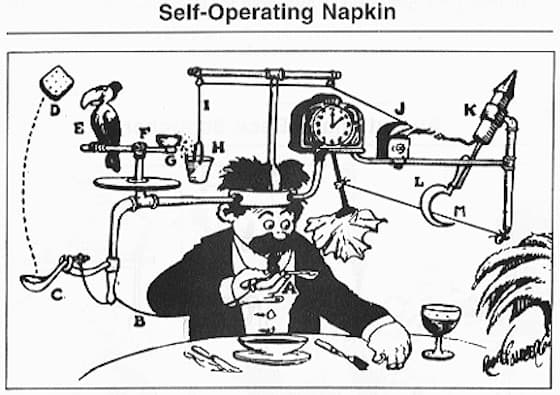 Instead of capitalizing on the Rube Goldberg-like shortcomings of the Affordable Care Act to push the nation more deeply into profit-centered, lightly regulated health care, the GOP’s heartless approach to repeal instead fueled a mass movement committed to the idea that health care is a human right, and a willingness across the nation to move toward a Medicare-for-all-style system.

This movement has shifted public opinion toward support for single-payer health care, and has spread the conversation about health care for all beyond urban enclaves into small towns and rural communities.

It has also emboldened a growing number of congressional Democratic incumbents and challengers to make moving toward single-payer health care a cornerstone of their campaigns.

Speaking of political challengers, a lot more of them, at all levels of electoral power, are rising up out of the resistance movement.

In April, when People’s Action held its “Rise Up: From Protest to Power” conference in Washington, D.C., 72 community leaders from all across the country joined Sen. Bernie Sanders on stage to pledge they would run for public office at every level on a “protest-to-power” platform emphasizing economic fairness, racial and gender justice, and protecting the planet. 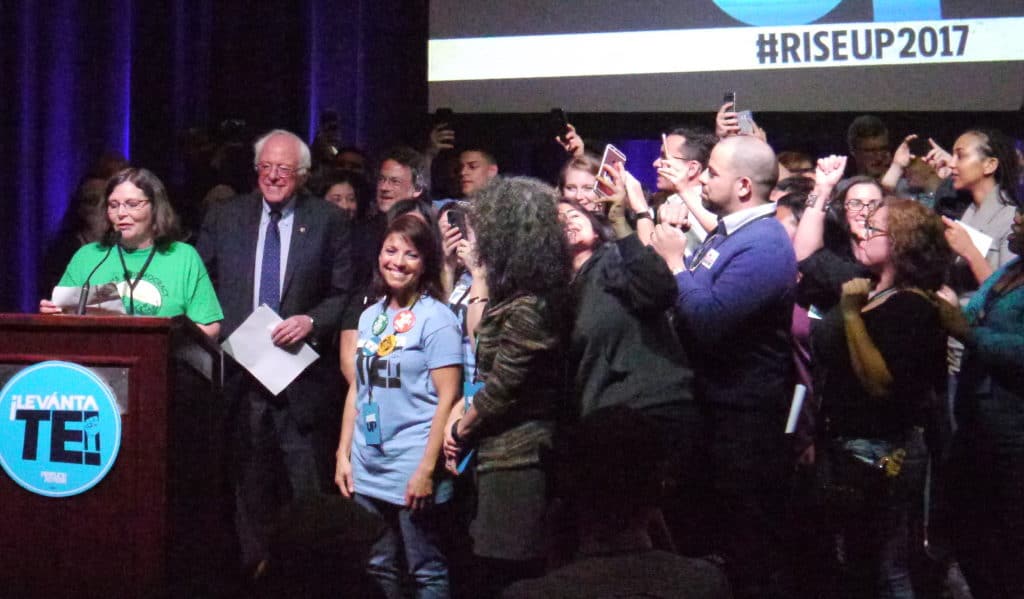 Laurel Wales, deputy director of movement politics at People’s Action, said that as of the end of July, the total of candidates the organization has recruited to run for public office now exceeds 400.

People’s Action has so far sponsored 14 training sessions for these candidates, Wales said, and anticipates four or five more by the end of the year.

A recent training session done with Progressive Maryland, she said, “had 30 people attend in total. It generated a ton of interest, so much so that they have more in the works,” including one scheduled for September. A session scheduled in Minnesota later this month has 90 people registered so far, she added.

“I would say interest is higher, and we are starting to inspire and get more folks to run, or at least explore running, who might have never had thought about it in the past, including people who are not the typical white male candidates,” Wales said.

A New Era of Civic Engagement

This new era of civic engagement is a powerful response to an extraordinary moment in politics, one that lays bare not only the dangerous fallacies of conservatism and Trump-sanctioned white nationalism, but also the inadequacies of Democratic Party centrism to address the challenges we face.

Out of this moment, we have an opportunity to advance a bolder agenda, one that puts people and the planet before profits, with racial and gender justice at its core.

And unlike in past election cycles, the “political establishment” is going to have a much harder time using its financial and institutional muscle to relegate this new generation of thoughtful, strategic and energized grassroots candidates to the political sidelines.